Nordic walking on the Island of Elba

fitness along the paths of Elba, between sky and sea, among the Tuscan Archipelago National Park

On Elba Island, the spectacle before your eyes on each excursion is never the same: as we practice Nordic walking on the same paths that farmers used to walk to get to their vineyards, or on paths shepherds and their goats once treaded to reach grazing lands on the heights, or through areas showing evidence of ancient settlements on Elba hills. Furthermore, a lush vegetation, ranging from spectacular chestnut trees on Mount Capanne to the thousand types of blooming on the rest of the island, will reveal as a real paradise for this sport.

Yet, the main features that makes Elba a paradise for Nordic Walking are its thousand paths of any degree of difficulty, from flat forest trail surrounded by greenery suitable for beginners, to bendy tracks climbing onto Elba’s peaks, offering 360 ° panoramas to those experts able to take on such incline.

The most unique thing is perhaps setting off from the seashore, for example, (an atypical element for Nordic walking), then further on be surrounded by scents of lavender and rosemary, and finally reach the summit of Mount Capanne (1019 m.a.s.l.), which offers views as a proper mountain.

All excursions are guided and include the use of poles as well as technical assistance. 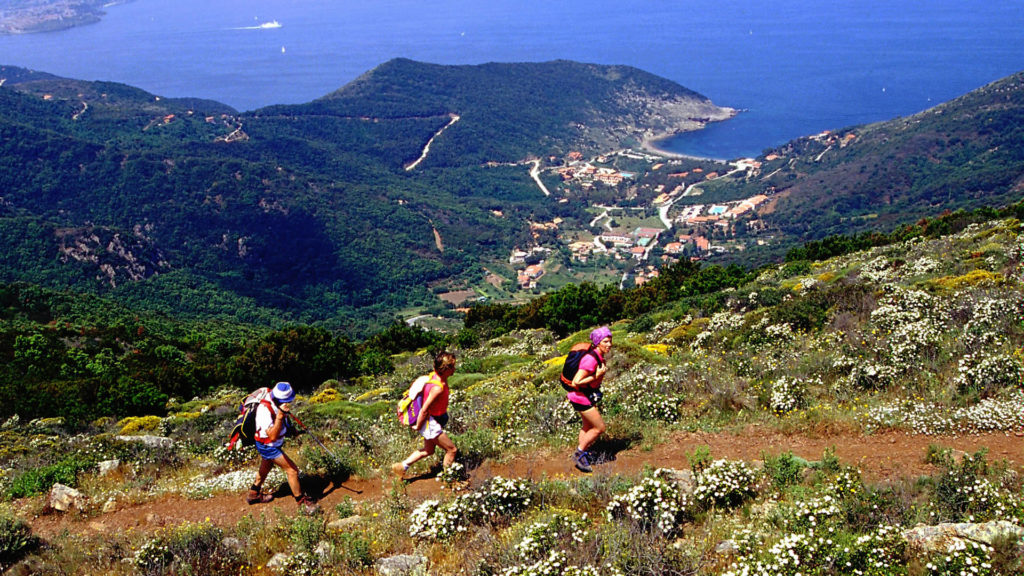 Nordic walking week end on the Island of Elba